Renderings of potential home for Fort Wayne FC unveiled during address, during which Mayor Henry announced memorandum of understanding is in place for stadium development project 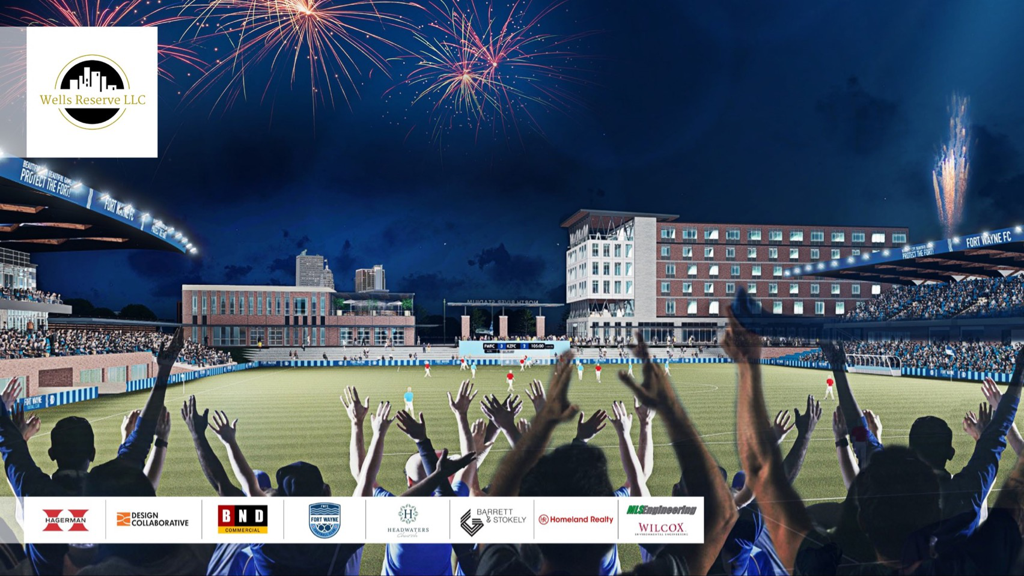 FORT WAYNE, Ind. - Fort Wayne Mayor Tom Henry delivered his State of the City Address on Wednesday, and in that address provided an update on the efforts to bring a downtown soccer stadium to the city that could become home to prospective USL League One club Fort Wayne FC.

“We all know that a vibrant downtown drives the overall health of a vibrant community. But we’re just getting started,” said Henry. “Let me be the first to tell you a memorandum of understanding is now in place for a major development on the North River site. It’s a proposed project exceeding $150 million.”

“Congratulations and a big thank you to Mayor Tom Henry, Dr. Erik Magner, DaMarcus Beasley and the entire Fort Wayne FC team on and for their efforts toward the North River stadium development plan,” USL COO & Chief Real Estate Officer Justin Papadakis. “This is the beginning of something special for a club with high aspirations, and we look forward to a bright future for soccer in the City of Fort Wayne.”

Henry gave further details on the $150 million development, which not only features a soccer-specific stadium that would bring professional soccer to the city but the additional construction of a fieldhouse, an event center and a hotel.

“In addition, we hope there will be restaurants, residential, retail, office, and public spaces, as well as some additional parking,” said Henry. “We’re looking forward to having more details available to you very soon. Truly my friends, it’s now our time north of the river.”

The construction of a new soccer-specific venue in Fort Wayne mirrors those at other current USL League One clubs. This past year, Chattanooga Red Wolves SC opened its permanent home at CHI Memorial Stadium and this offseason has continued development of the surrounding area with the construction of residential housing, office and commercial space.

South Georgia Tormenta FC is also currently in the process of building a soccer-specific stadium that is scheduled to open for the 2022 League One season. The development is part of a mixed-use development that will also bring new commercial and business properties to Statesboro, Georgia.