Max Blacker, a native of Scotch Plains, NJ who currently plays for Crewe United FC in North Ireland, has signed with Real Central NJ Soccer (RCNJ) for the summer 2021 season.

Max Blacker, a native of Scotch Plains, NJ who currently plays for Crewe United FC in North Ireland, has signed with Real Central NJ Soccer (RCNJ) for the summer 2021 season. 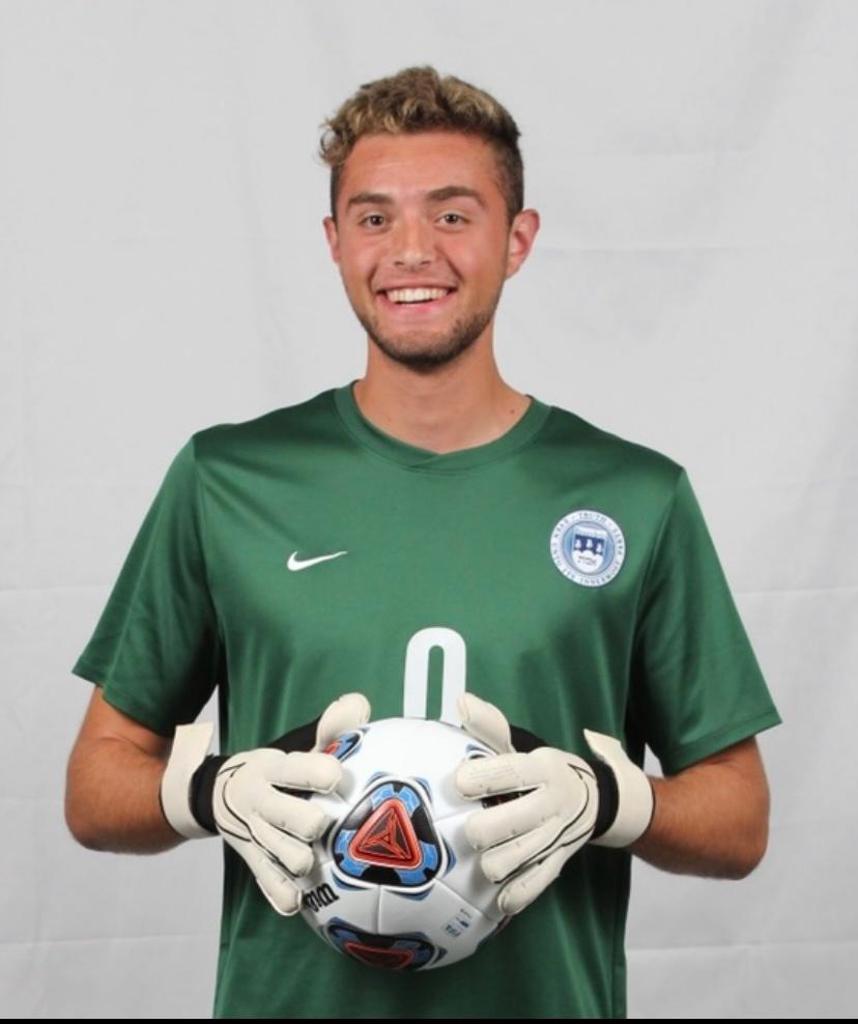 (Central Jersey) - Max Blacker, a native of Scotch Plains, NJ who currently plays for Crewe United FC in North Ireland, has signed with Real Central NJ Soccer (RCNJ) for the summer 2021 season, pending league, federation, and international transfer approvals. For the fall portion of the Mid-Ulster league season, the 21-year-old tended the net in all eight matches for which he was available, winning seven and losing a cup match in kicks from the penalty mark.

Blacker played youth soccer for the Players Development Academy (PDA) and Cedar Stars Academy. He transferred to state soccer powerhouse St. Benedict’s Prep in 2016, where he played eight matches his senior year for a team that won a National Championship.

“It’s exciting to come back to play in New Jersey again, there’s so much good soccer in my home state,” Blacker says. “I look forward to competing with some of the top talents in the area.”

“Max is a goalkeeper on the rise,” notes  Head Coach Patrick Snyder. “It’s impressive how he has chased his dream of playing at the highest level. We’re happy to help him on his path.”

“Keeping fit during the off-season can mean the difference between starting and sitting the bench,” said Ira Jersey, RCNJ’s men’s General Manager. “We’re glad Max has the opportunity to keep fit and play competitive minutes with us this coming summer.”

Blacker sees the role of a goalkeeper not only as having defensive responsibilities but also as an 11th outfield player and helping to spring attacks.

“Playing out of the back and being good with your feet is a huge part of being a modern goalkeeper,” Blacker explained. “Being the last line of defense and also the first line of attack is super important in the modern game.”

The RCNJ USL League Two season kicks off May 12th at Mercer County Community College. Affordable Season Memberships and individual match tickets are available for both the Men's and Women's programs on our website.

Individuals, community organizations, and businesses interested in being involved are encouraged to contact the club with their interest.  The club’s social media handles are:

Real Central New Jersey Soccer is the trade name of Mercer U23 Soccer, a limited liability company registered in New Jersey. Contact the person noted above for additional information.